Welcome to my Summerslam Predictions
This is one of the 4 big PPV’s where both rosters from both RAW and SmackDown come together to put on an epic show!

My predictions for NXT Takeover: Brooklyn III is also available by clicking here

John Cena vs Baron Corbin
– PREDICTION: John Cena – With Baron Corbin foolishly cashing in his Money in the Bank contract on SmackDown this week, he has lost ALL heat and ALL momentum in becoming the WWE Champion. He could have cashed in later in the show but now John has this match in the bag! Easy win for John.

Randy Orton vs Rusev
– PREDICTION: Randy Orton – It’s another USA vs Bulgaria match as this match has no real fuel behind it and I personally think that this could have been shoved to the pre-show. Neither of them need the win and thus I am picking my favourite to win this.

Big Show vs Big Cass (With Enzo Amore in a shark cage above the ring)
– PREDICTION: Big Show – This is a really shitty fued. This should only be between Enzo & Cass, but I think ‘Show’ wants another run in the WWE…Is he looking for a title-run? Maybe, I hope he gets another one. But to be honest, I think this is to make Cass look really strong in the future. I can’t see Cass winning this since The Big Show is really good.

“The Demon” Finn Bálor vs Bray Wyatt
– PREDICTION: Finn Bálor – The Demon is BACK! Yes, After he dislocated his shoulder at last years SummerSlam, the Demon is back and is going against Bray in which should be a good spectacle. Hopefully this turns out to be a good match.

The Hardy Boyz & Jason Jordan vs The Miz & The Miztourage (Kickoff Match)
– PREDICTION: The Hardy Boyz & Jason Jordan – I am sad that the nostalgia has worn off that the Hardyz are now on the pre-show! I know there is a lot of matches on the card in general but it would have been nice for them to get a pop on the main show. Anyway, not much to say here but I hope that they win. Oh and I should remind you, the IC Title is NOT on the line here. Very sad!

Akira Tozawa (C) vs Neville for the WWE Cruiserweight Championship (Kick Off Show)
– PREDICTION: Akira Tozawa to retain! – Akira just won the CW title on RAW this week and I feel that he could be a champion for quite a while especially if he has allies such as Titus and Apollo Crews who can assist him in getting victories. Shame that this (again) is on the pre-show but should be enjoyable.

AJ Styles (C) vs Kevin Owens w/ Shane McMahon as guest referee for the United States Championship
– PREDICTION: AJ Styles to retain. – The highlight of this match is not AJ vs KO but it’s Shane O’Mac being the guest referee . But in general, AJ vs KO is always a good show especially the spots that AJ Styles performs. But I hope that after this match, this fued is done.

Cesaro & Sheamus (C) vs Dean Ambrose & Seth Rollins for the RAW Tag Team Championship
– PREDICTION: Dean & Seth – I marked out like a little kid on Monday when Seth and Dean done the fist bump, a semi-reunion of The Shield. I am looking VERY forward to this match and in my opinion, Match of the night!

The New Day (C) vs The Usos for the SmackDown Tag Team Championship (Pre-show match)
– PREDICTION: The New Day to retain. – The rub off match in this fued where The Usos have invoked their rematch clause for a championship match and The New Day look stronger than ever! Good to see them with belts again and I hope that they get to retain these belts!

Alexa Bliss (C) vs Sasha Banks for the RAW Women’s Championship
– PREDICTION: Alexa Bliss to retain – Another “Match of the night” competitor here as both of these competitors are fantastic in my opinion and should be a great spectacle. Bliss has been a brilliant heel in this feud and looking over the Sasha vs Nia Jax match on RAW this week reminded them that -she- is the queen on RAW.

Naomi (C) vs Natalya for the SmackDown Women’s Championship
– PREDICTION: Natalya – Yes, I am actually having a title change for the SD Women’s. While I love Naomi and her “Feel the GLOW” gimmick and I love the belt, but honestly, I would love to see Natty winning this belt from her. Natty hasn’t held a Women’s championship is over 6 years!, with her last title run lasting 70 days! I hope that Natalya is going to win!!

Jinder Mahal (C) vs Shinsuke Nakamura for the WWE Championship
– PREDICTION: Shinsuke Nakamura – Right, before I made this prediction post, my prediction was going to be Shinsuke to win BUT Baron Corbin would cash in and win! But OBVIOUSLY that is not going to happen (You stupid idiot Corbin), so I have to go with Shinsuke winning it. He has been without a championship belt since he lost the belt to Bobby Roode back at NXT Takeover: Orlando in January (the night before Royal Rumble) and I honestly think that the run with Jinder is done and over and he can now go back to mid-card for a while!

Brock Lesnar (C) vs Roman Reigns vs Samoa Joe vs Braun Strowman in a Fatal 4-Way for the WWE Universal Championship
– PREDICTION: Samoa Joe – I had a hard time coming up with a victor for this match as I (and everyone) knows that Brock is going to drop the title (He is going to UFC). Letting Roman having the belt would be the worse case scenario since no one is liking him at the moment, but that is a story for another day! I honestly do not think Braun is ready to be a title-holder, I just do not see that in him. Samoa Joe on the other hand was a fantastic champion when he was in NXT and he should fit right in when it comes to becoming a champion here. I would love to see Joe winning it and then maybe a rematch clause being invoked later on by Roman.

And that is my predictions, I can see this being a very good PPV (Hey, It looks a lot better than last years) and hopefully in the next couple of weeks, we get another shakeup to keep the rosters fresh.

Matches of the Night:

I will be up late on Sunday night watching this and will probably be tweeting my thoughts on my Twitter https://twitter.com/PadraigFahy

I am Padraig from Carlow and I am a Technical Support Executive for Blacknight. I run a small network of websites collectively known as ClearWeb.
When I am not blogging, I am playing Final Fantasy XIV or hanging around on Discord. 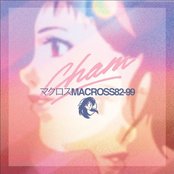 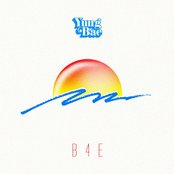 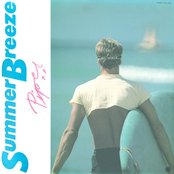 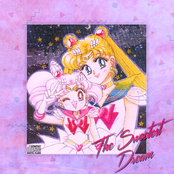 This Is It
YUNG BAE
14 hours