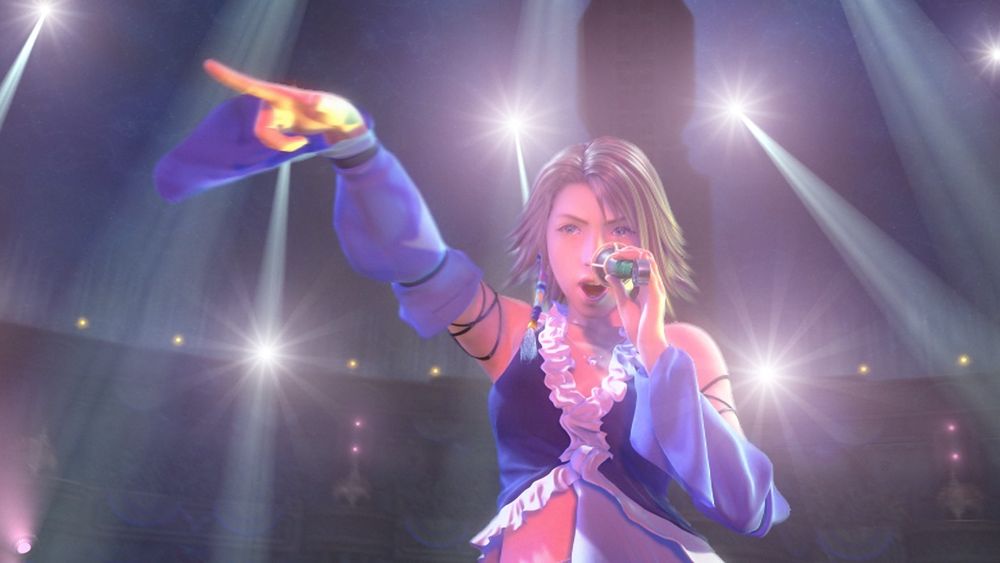 Every few months on YouTube, I am recommended music which I listened to years ago. One of those songs, I am featuring today.

'real Emotion' is the opening song for the 2003 Playstation 2 title, Final Fantasy X-2. It's composed by Kazuhiro Hara and arranged by 'h-wonder'

The song's English vocalist is Jade Villalon. Villalon is a member of the German pop group Sweetbox who has had success in Japan and Korea. She also sang the English version of 1000 Words also used in Final Fantasy X-2. Villalon left the group in 2007 before rejoining in 2020 and releasing a new album.

Outside of the game, Kumi released her 6th album in December 2020 called "Angel + Monster" which was recorded in her home studio during the COVID-19 Pandemic.

There has only been 1 version of the English dub of the song released, It's credited as being sung by: "Jade from sweetbox" - No full names here.

The Japanese dub, sung by Koda however, had 2 versions:

The first being the OST version:

And then an official music video featuring Kumi Koda. The dance was motion captured and used for when "the singer" performs the song at the start of the game. The song got to number 3 on the Oricon singles charts making it Koda's first song in the Top 10. The song was ranked the 24th best single of 2003 in Oricon's Top 100 Singles.