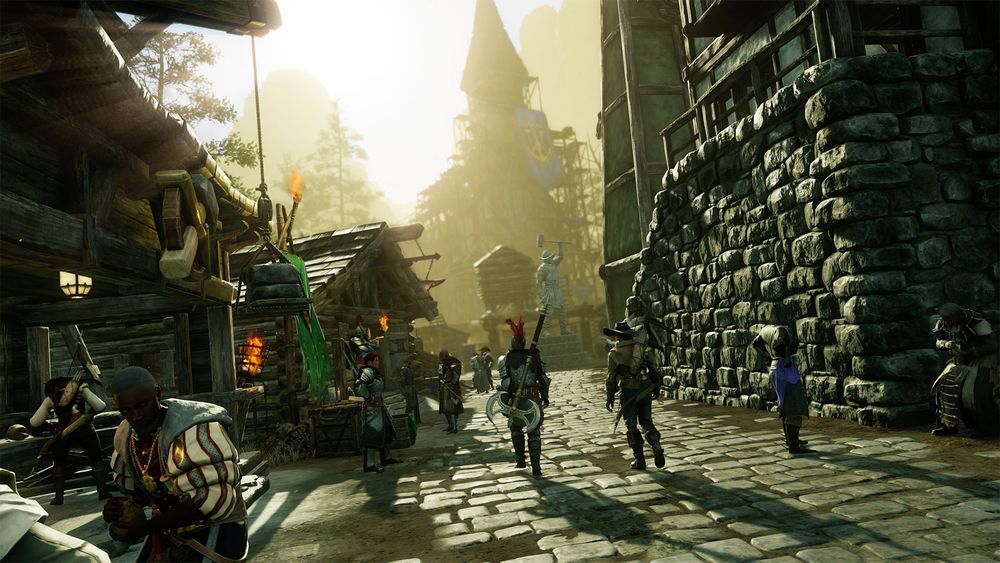 Back on Tuesday, Amazon Games launched its new MMO, New World to the public.

The game was met with a lot of negative reviews on social media and even a review-bomb on Steam (Which seems to be fixing itself at time of writing) due to the server capacity and lack of servers in general.

Amazon did address this by adding well over 100+ servers for the game. A updating thread on their forum shows that they are working on adding new servers.

I was very reluctant in getting New World. I thought there was glaring issues with the combat and questing and a sense of questioning as to what is to be done at End Game.

Try, a day or two. This evening, I bought New World. 😅

I started a character this evening on one of the newest EU servers, Ursa Dry Tree (Server merged back in February 2022).

I don't know how much of this game I am going to play considering that my main game, Final Fantasy XIV, has it's expansion releasing this November, so New World is filling that void in the meantime.

I will not be giving a detailed review of the game, but I figure an update as to how I get on and how I enjoy the game, may come in the future.