Quick note that I will be heading to Paris, France for the Final Fantasy XIV: Fan Festival 2019 on the 2nd and 3rd February.

The event is being held at the: “La Grande halle de La Villette“

I will also be travelling around Paris for a couple of days around the event for sightseeing, so expect some photos on here in February.

The following is a video guide on how you can back up your WordPress site with Blacknight and update it to 5.0

Apologies if I am stumbling over my words a little bit in this video.

Has it been a year already?

The past year has been a bit of a up and down for me and realisation of who I really am.
I am not going to flaunt that my 26th year has been great…It has in some cases, but at other times, it hasn’t and like anything else, it is very easy to focus on the negatives.

There is probably about 101 things that I have missed, but that is some of the highlights!

Well, I don’t have any goals and I am not going to set any. Some things that are happening though.

And outside of that, I am going to be ‘relaxing’. Work as I have been doing for the last 3 years with Blacknight, work on the Wressling blog and I am planning on starting a new blog in relation to Overwatch Esports for Season 2 of the Overwatch League. More info on that later.

And who knows, plans will change and I cannot plan for an entire year. I have just got to see where 27 takes me!

The following is a cross-post from my Wressling blog at https://wressling.blog
Wressling.blog is a finalist in the Sports Category for the Blog Awards Ireland 2018.
More info about the event will be on my personal Twitter @PadraigFahy and of course my Wrestling Twitter: @Wressling_

From Melbourne, Australia, it is WWE Super Show-Down. These are my predictions for the upcoming PPV which is being shown at 10AM (UK/Irish time) on Saturday October 6th on the WWE Network!

The show is being held in the Melbourne Cricket Ground which normally hosts 100,000 people but I believe the numbers are close to 75,000.

With that said, let’s get into the predictions for this PPV.

END_OF_DOCUMENT_TOKEN_TO_BE_REPLACED

Over the last couple of nights, I have been creating BongoCat memes.

Hope you enjoy them:

Welcome everyone to my 3rd SummerSlam predictions. This year, once again, the show is being brought to you from the Barclays Centre in Brooklyn, New York and this 6 hour show is STACKED to the hill!

So without any delay, let’s get into these predictions:

And that is it. Apologies for the posts going up a bit late, but I have had a boat-load of work ahead of me and I didn’t get ample opportunity to get it done.

I am not going to be Live Tweeting the PPV but I hope that you follow on Twitter: @Wressling_ for when new posts get released! 🙂

The following is a cross-post from my dedicated Wrestling blog at https://wressling.blog

For the 4th time, WWE’s Yellow & Black brand, NXT is taking over the Barclays Centre in Brooklyn, New York for the pre-Summerslam PPV.

So there we go, I have ALL the titles change hands tonight as there is potential for call ups after Summerslam. Ciampa, ERA, Cross…Maybe a few more,..who knows.

I will more than likely NOT live tweeting the event this time but I am looking forward to it!

This was originally posted on Wressling.blog

Hi everyone and welcome to my 3rd Money in the Bank PPV Predictions.

There is 4 men from RAW taking on 4 men from SmackDown (Yes, I am counting The New Day as 1) and the same amount of women for the Women’s match.

But what IS Money in the Bank? I explained this good detail in my predictions post from last year. You can read that explanation here: https://padraig.blog/wwe-money-in-the-bank-2017-ppv-predictions/

Also with this PPV, we will see the singles debut of Ronda Rousey against Nia Jax for the RAW Women’s Championship.

Anyway, let’s get into it. Oh and I am going to lob the MITB matches in as a Title Match.

And that is my predictions for WWE Money in the Bank PPV. I will try to do my best to Livetweet this over on @PFWressling – But with scheduling, this may not happen (Or it’ll happen late)

Let me know who you think is going to win the matches and why!

Hi everyone and welcome to my predictions for NXT TakeOver: Chicago II.

There is 3 title matches tonight where the NXT Championship, Women’s Championship and Tag Team Championships are all on the line.

And that is my predictions. If there is any more matches announced on tonight’s NXT, then I will update this post with those matches and updates for this will be posted on Twitter @PFWressling where I will be live-tweeting NXT TakeOver and Money in the Bank PPV!

It was reported this week that WWE has re-signed RAW to continue being broadcast on the USA Network at nearly 3 times it’s current value which should hopefully keep the program there for about 5 years or so but full details would be revealed by September 2018.  The current contract for RAW with NBC Universal (The owners of the USA Network) expires in September of 2019.

As for SmackDown, well, NBCU haven’t agreed to re-sign the show…yet, but WWE is looking to move the show to another network and the favourite to ‘win’ this show is FOX. And I personally see this as a fantastic opportunity to make RAW vs SmackDown Live a bigger deal than what it is today.

SmackDown has been under the NBCU umbrella since 2010 but moved from SyFy to USA Network in 2016 and has done well in becoming it’s own brand since the WWE Brand Extension back in August 2016.

Making the move to FOX would start a rivalry between FOX and NBCU for ratings for the shows and if WWE were smart about this, they would have 2 separate production companies running each show, so that RAW and SD would have their own ‘flavour’ instead of being “Let’s replace Red with Blue and go live”.

This opportunity would see a proper “Rating War” between the two brands when it comes down to a PPV like Survivor Series where if one person ONLY watched RAW, they may be surprised at what the talent is like on SmackDown and visa-versa.

WWE moving SmackDown to a big competitor of NBCU to say…CBS could also be huge and could pull in a new audience who might not have watched wrestling previously. 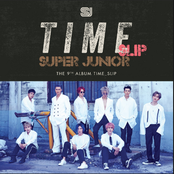 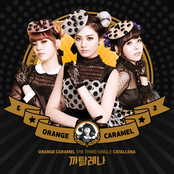 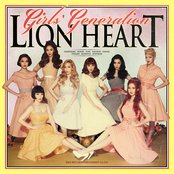 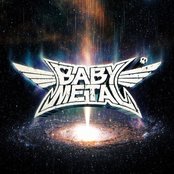