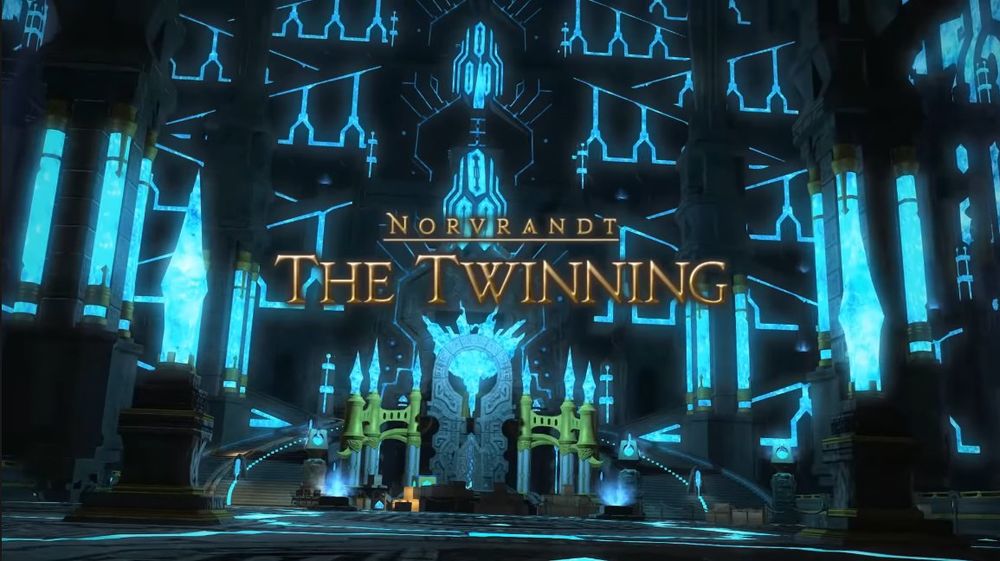 This gives me the perfect excuse to highlight one of the biggest memes in Final Fantasy XIV in the last couple of years: A Long Fall.

'A Long Fall' is the accompanying score to the Level 80 dungeon, "The Twinning". The song is a remix of two older themes, "Out of the Labyrinth" (From the Syrcus Tower raid in Patch 2.3) and "eScape" (From the Omega raid in Patch 4.4)

The lyrics for eScape were sung by the composer for Final Fantasy XIV, Masayoshi Soken and the lead English translator, Co-lead of the World and Lore Developer, Michael-Christopher Koji Fox.

When Shadowbringers was released in July 2019, 'The Twinning' was one of the dungeons that was included with the initial patch which contained the very catchy tune.

On August 27th 2019, YouTube user kcat729 uploaded a video titled 'twinning.mp4' which contained the song but super imposed with 4 copies of John Jacobson from the Double Dream Feet video from 2011.

Word about twinning.mp4 made its way around the various websites such as Twitter, Reddit, the Final Fantasy XIV Official Forums and eventually the developers of the game.

At the Final Fantasy Fan Festival 2021 (Which took place in a closed theatre in Japan due to COVID-19), Square-Enix held a concert at the end of Night 2 of their event featuring their in-house band "The PRIMALS" which is comprised of the aforementioned Soken, Koji Fox and 3 other band members.

They traditionally cover in-game music made by Soken in a more heavy-metal direction but in recent times, their music has created for the game.

During their performance, they had community team members recreate the dance from the twinning.mp4 meme video.

You can see that the team members are wearing red, blue and green shirts. This is to depict the 'roles' that you can play in Final Fantasy XIV. Red for Damage Dealers (DPS), Green for Healers and Blue for Tanks.

To promote the upcoming album "FINAL FANTASY XIV: Scions & Sinners", The Primals created a music video for A Long Fall which shows the members performing the song while Koji Fox is dressed up as a Ascian (whom are the antagonists in Final Fantasy XIV) performing the Double Dream Feet dance and also some in-game dances such as the 'Manderville' and the 'Ball Dance'

You can tell that throughout the official music video and the video from the Fan Fest that they really enjoyed performing this song. Hopefully at the next Final Fantasy Fan Festival in 2023, we'll be able to hear the song in person.

The official soundtrack for Final Fantasy XIV: Shadowbringers is now available on Spotify and Apple Music.